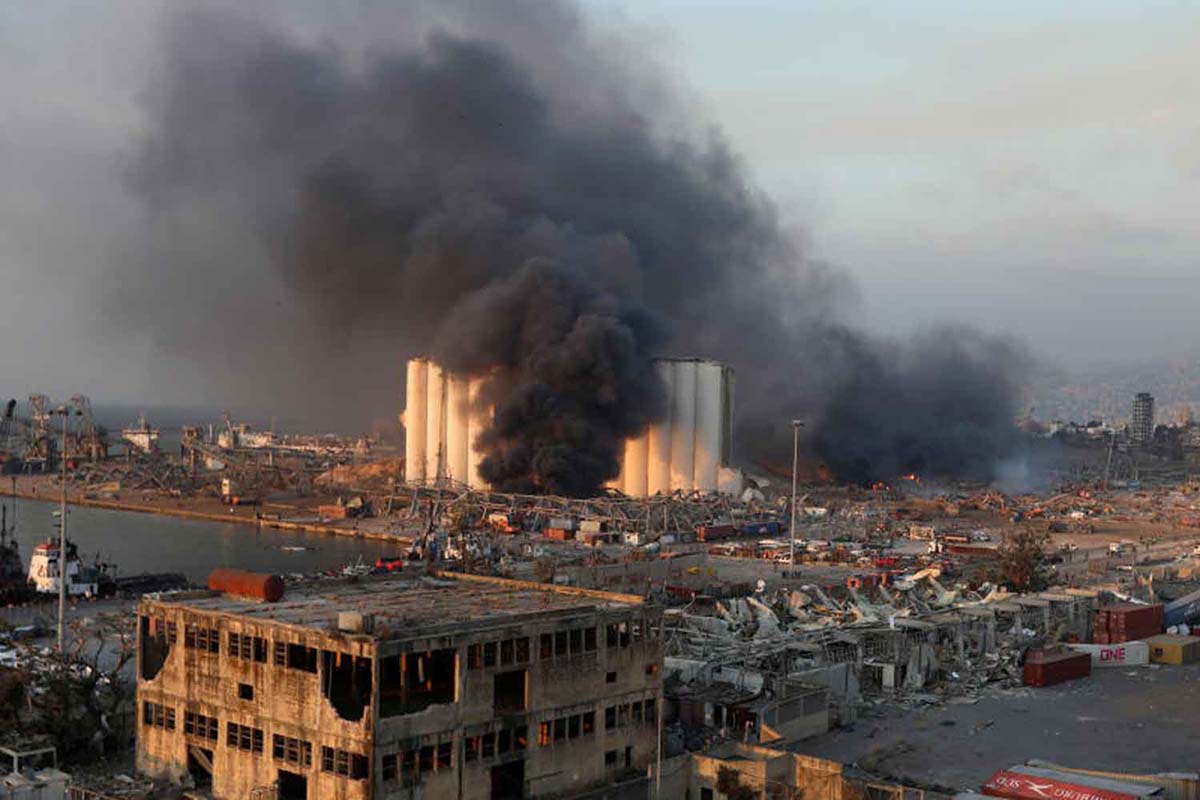 4000 people have been injured and 250,000 made homeless following last night’s Beirut blast

Apocalyptic scenes in Lebanon’s capital have shook the world

It’s one of the biggest human tragedies the Middle East has ever seen that’s not a war. Last night an accident in the city of Beirut, Lebanon led to the death of over 100 people, injuring 4,000 and making another 250,000 homeless as a fire broke out by the port, resulting in a nearby chemical warehouse exploding. The chemicals included common fertilisers used by the farming industry. Storing them should be under strict rules, yet it’s believed that in Beirut these guidelines weren’t being followed and that military-grade explosions used for bombs were in the warehouse at the same time. These dangerous chemicals, 2,750 tonnes of them, were there for six years when they shouldn’t have been.

An investigation is now underway into the ‘5th largest accidental explosion on the planet’ and three days of mourning have been declared in the country but that doesn’t take away the human cost it’s left to deal with, alongside its current financial crisis and coping with the coronavirus pandemic.

Last year mass protests broke out in Lebanon as it struggled to deal with having some of the highest debts in the world and suspected government corruption. Clashes between citizens and police led to mass violence and still raw from these wounds, the people of Lebanon are now dealing with this new blow. 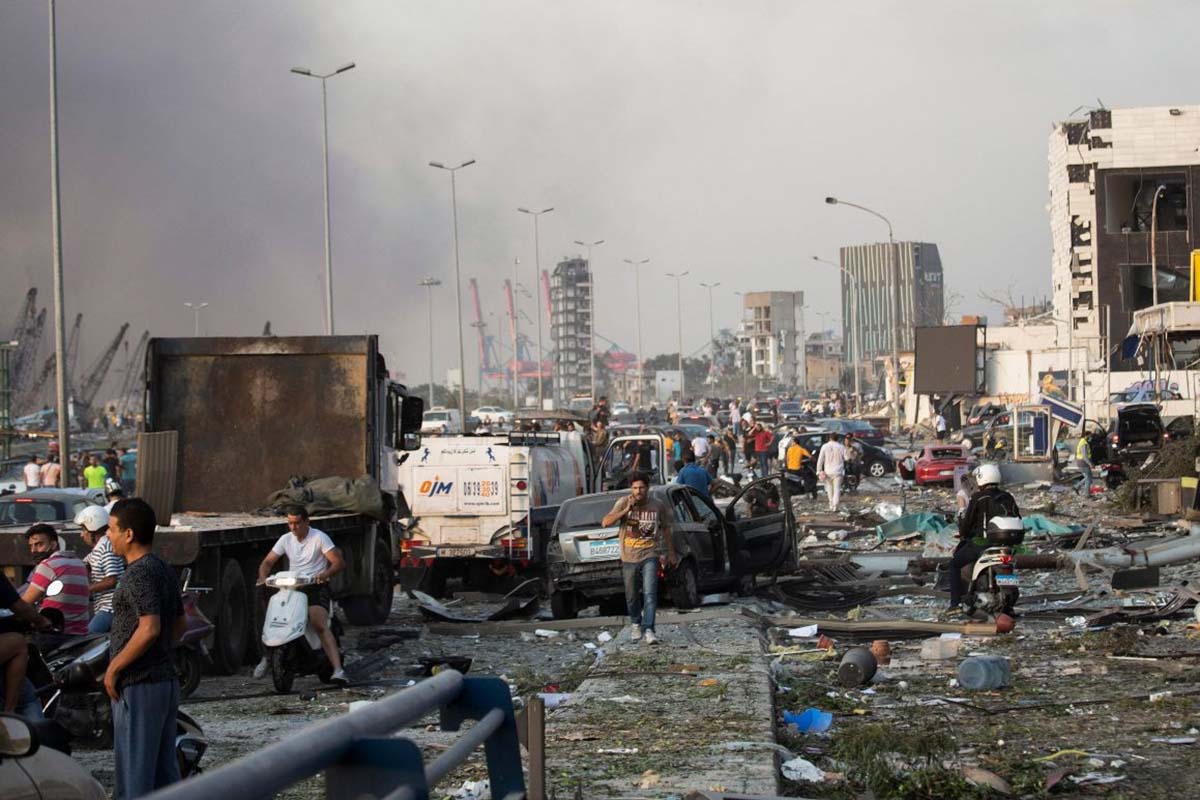 Scenes in Lebanon’s capital have been described as ‘apocalyptic’

• The explosion caused damage to a 6-mile radius (10 kilometres) around the centre of the blast. Buildings, amenities, shops, homes, vehicles have all been damaged.
• Hospitals in the city are overwhelmed with the volume of patients. Those with non life-threatening injuries have been asked to stay at home to reduce pressure on the medical services.
• Some hospitals were damaged by the explosion. Patients are being treated in the streets and car parks where buildings aren’t available.
• There’s a shortage of medicines. Those previously donated to the country as it struggled to pay for everyday supplies have been damaged.
• Around 85% of the country’s grains have been contaminated which will have an impact on food in the country. 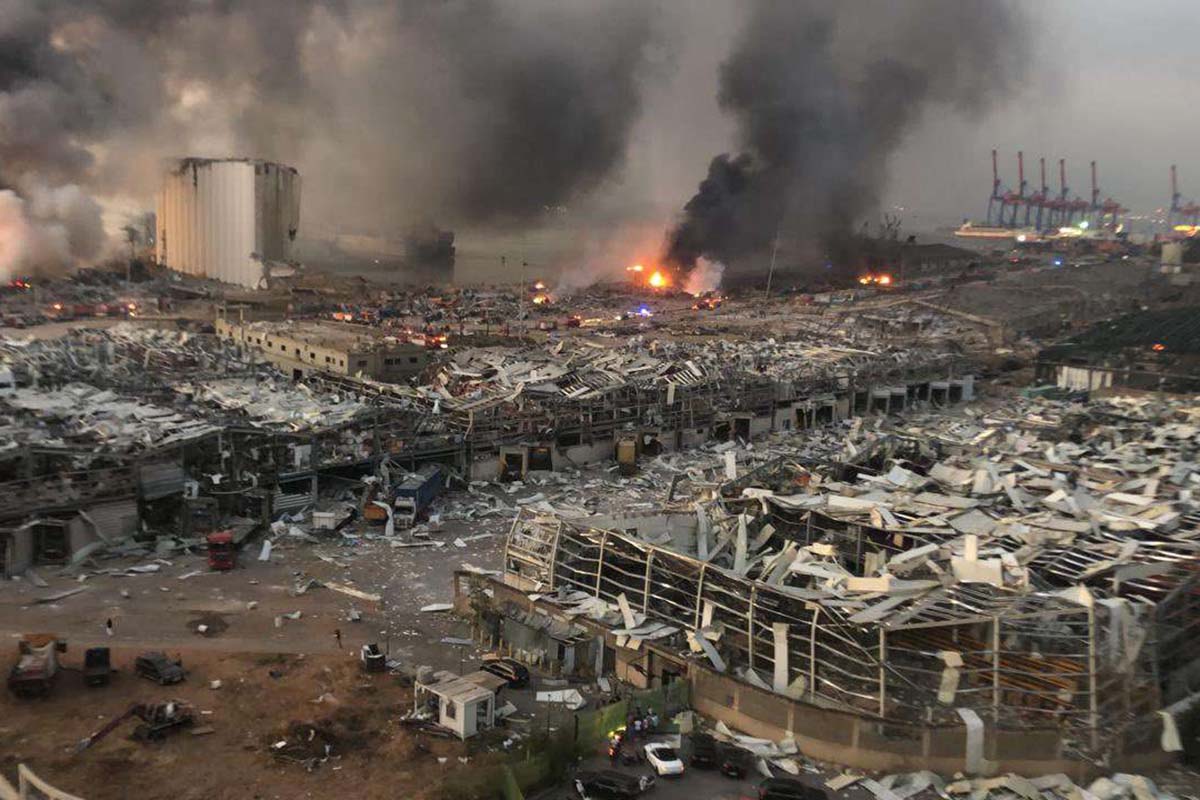 What can you do to help?

As a nation the British government is still deciding what to do but has confirmed it will help with relief efforts. France has confirmed it’s sending two planes with emergency workers and supplies and Cyprus has offered their hospitals. Neighbouring Middle Eastern countries such as Qatar, Kuwait, UAE and Iraq are sending supplies. Meanwhile, across the pond, the US President mistakenly referred to the incident as an ‘attack.’

At this stage, less than 24 hours since the catastrophe it’s difficult to know what we can all do, however, a number of emergency reliefs from Aid groups have been set up to which you can donate money. These include: UNICEF and Red Cross. There are many more so keep an eye out for an organisation you want to donate to, or you could start your own fundraising campaign.

Remember when WW2 veteran Captain Tom pledged to raise £1000 for the NHS at the height of the coronavirus pandemic? The final amount he raised was £32million… proof that anything can be achieved, even from a lone individual. 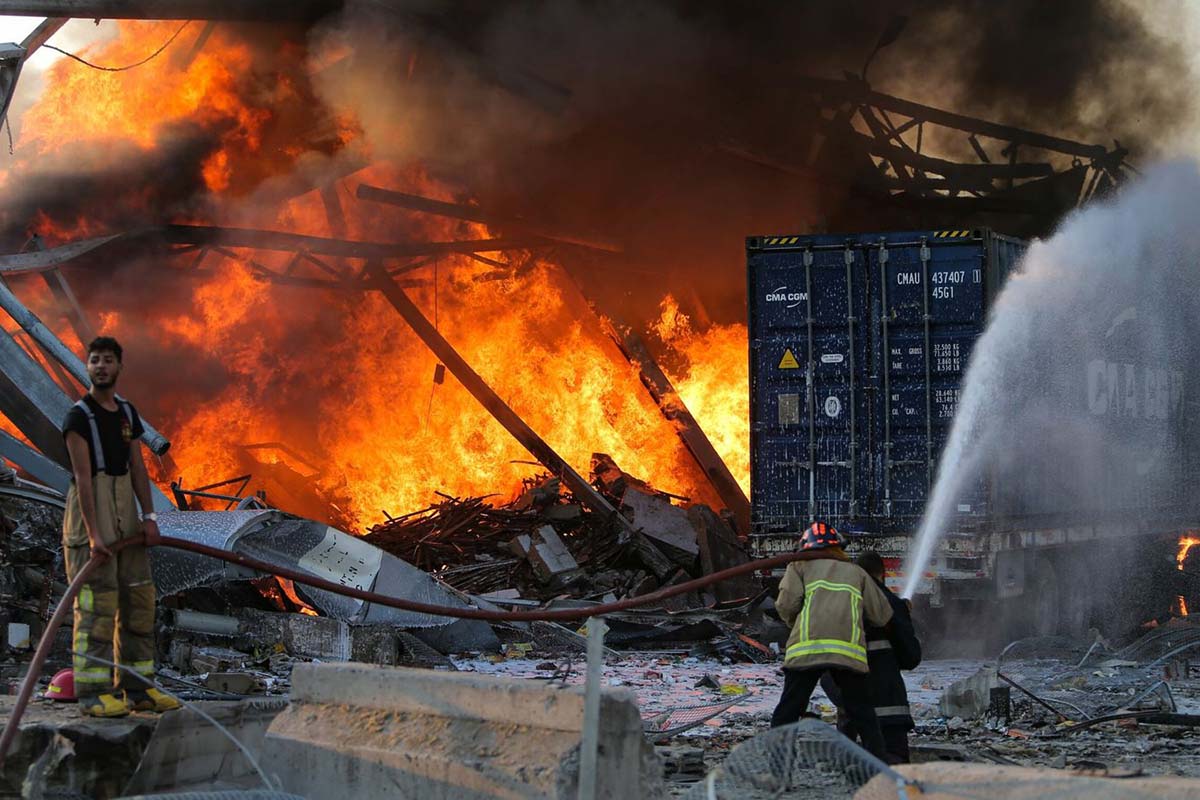 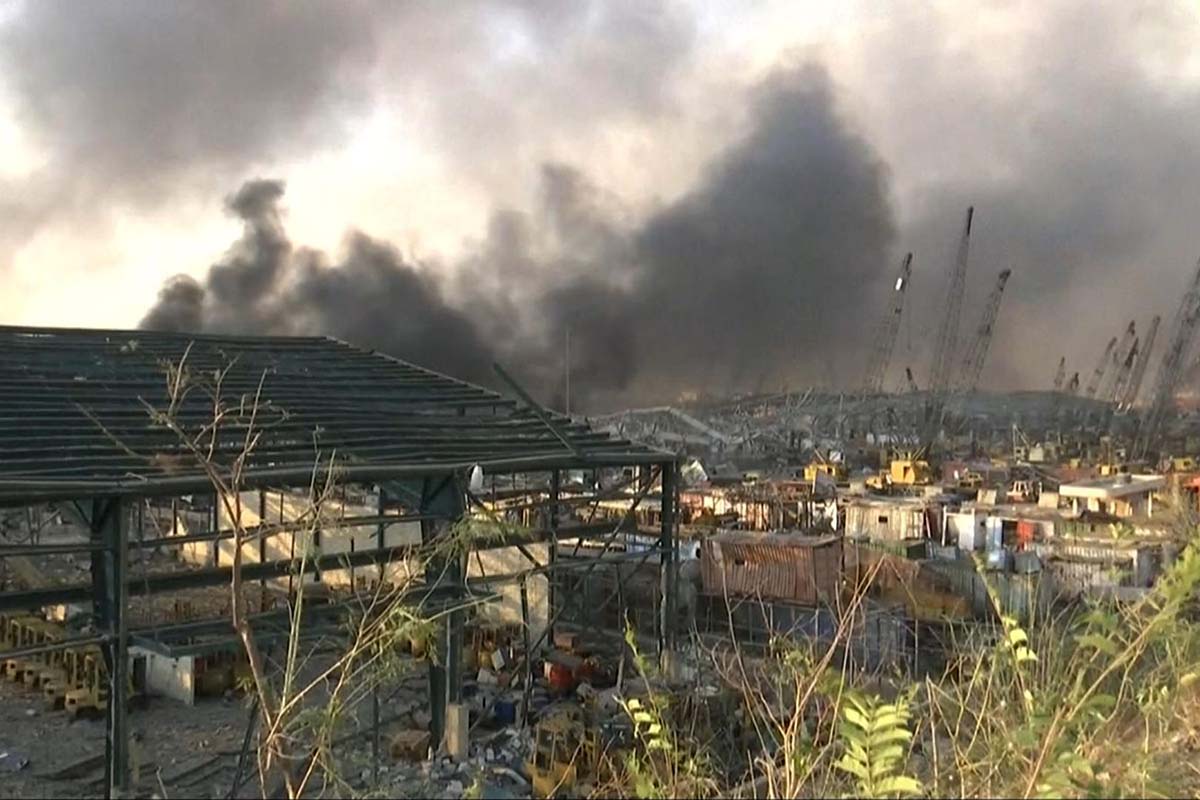 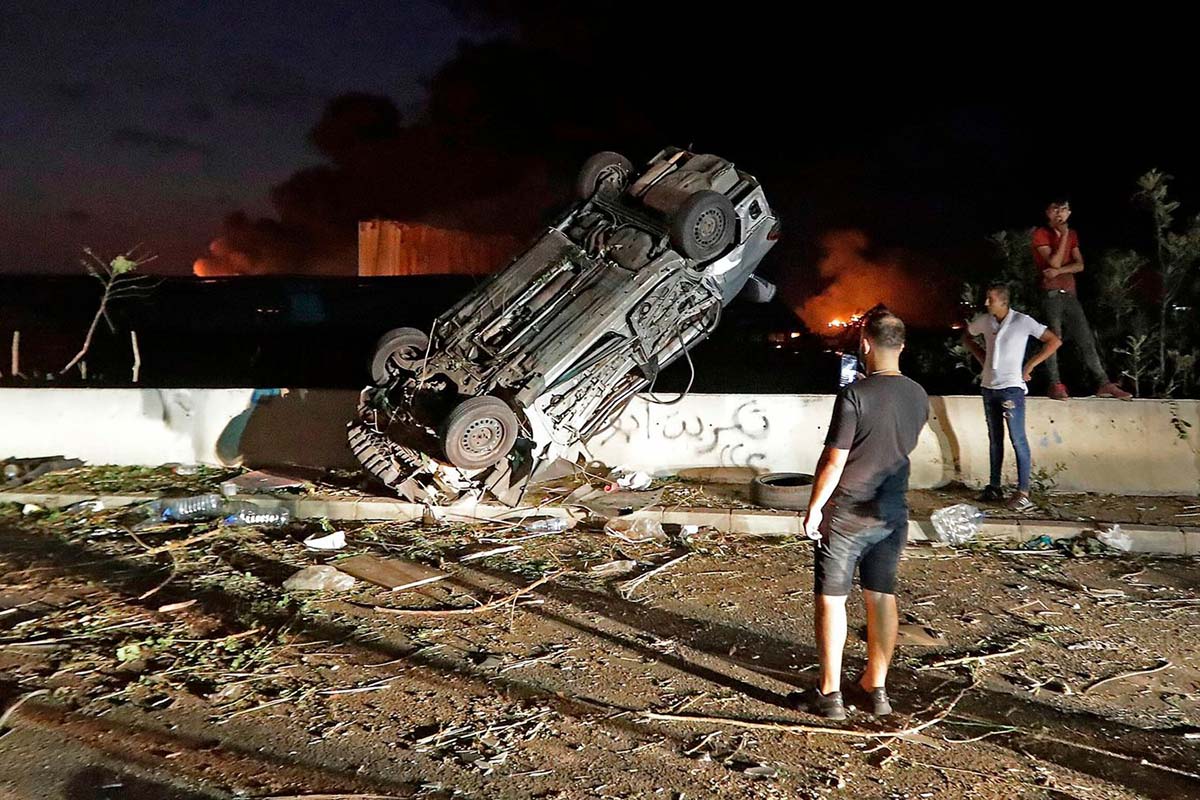