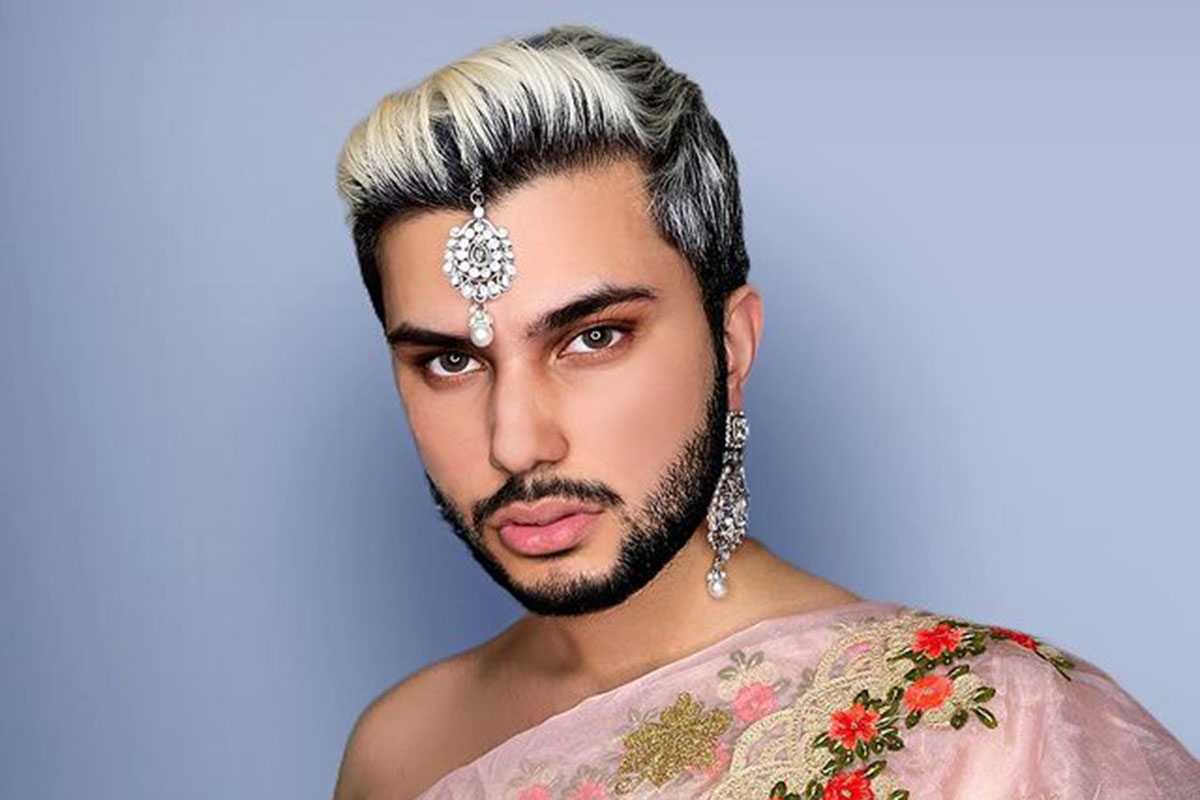 We’re celebrating Pride by finding out the challenges the South-Asian LGBTQ+ community faces, speaking to Queer, Asian and Proud @whoisguranyway!

Even though the South-Asian community has warmed up to the LGBTQ+ community, the respect and understanding the community deserves is yet to be discovered. The complications and confusion around coming out as Queer in a South-Asian household often erupt into emotional blackmail and a refusal of acceptance.

We speak to 23-year-old South-Asian Gursharndeep Singh, who uses his platform to create stunning art, explore culture and identity. We spoke to Gur about his experience.

How do you identify your sexuality?
I identify as a gay male. My sexuality, although oppressed by many, has privileges within the LGBTQ+ community.

Gay people have received a lot of progress within our society, both politically and socially, in comparison to the other marginalised groups that belong to the community.

There is a lot of progress left to be made to make other gender identities and sexualities’ voices be heard.

Has it been an easy journey understanding your identity?
I can say that I speak for everyone when I say that it has been a hard journey, and that is undeniably underselling it. Specifically talking about queer people of colour, who do not have to just learn about their racial identity but also must intersect their gender identity and sexuality to the midst whilst being oppressed for the very same reason, which is for being who they are. I personally struggled with my identity because I did not have an individual to look up to who could tell me that who I am was not something that was up for debate or someone’s opinion, and that it was something to celebrate and rejoice about.

Being South-Asian, how did you speak to your parents about your identity?
Being South-Asian, as much as I am proud to be one, has been a major root cause of my personal struggles. The cultural and religious aspect of belonging to that ethnic group has strongly opposed homosexuality post-colonialism. That effect has carried on for centuries and the idealisms have been passed on to my parents who do not understand what being a member of the gay community is truly about.

How did your South-Asian community/parents react?
My parents have had pre-conceived notions about my sexuality, and it was obvious when I told my mother about it for the first time that she did not support it at all. She thought she had failed me as a mother, and she thought she had neglected me growing up for me to turn out the way that I am. To this day, my mother pretends that it has not been a conversation I have been bringing to the table and will ask me if I have a girlfriend when I am on the phone with her. 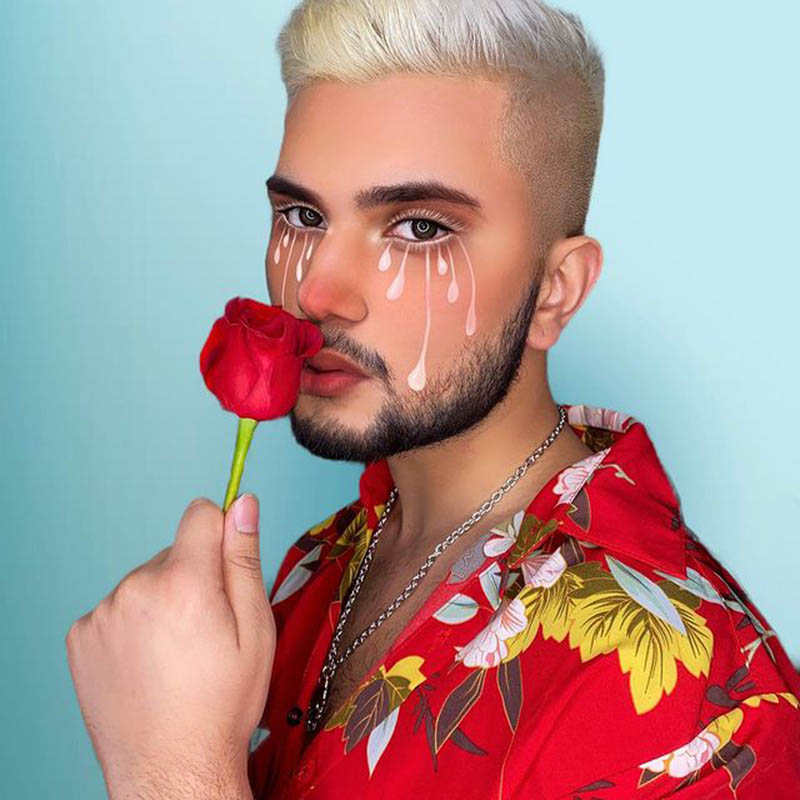 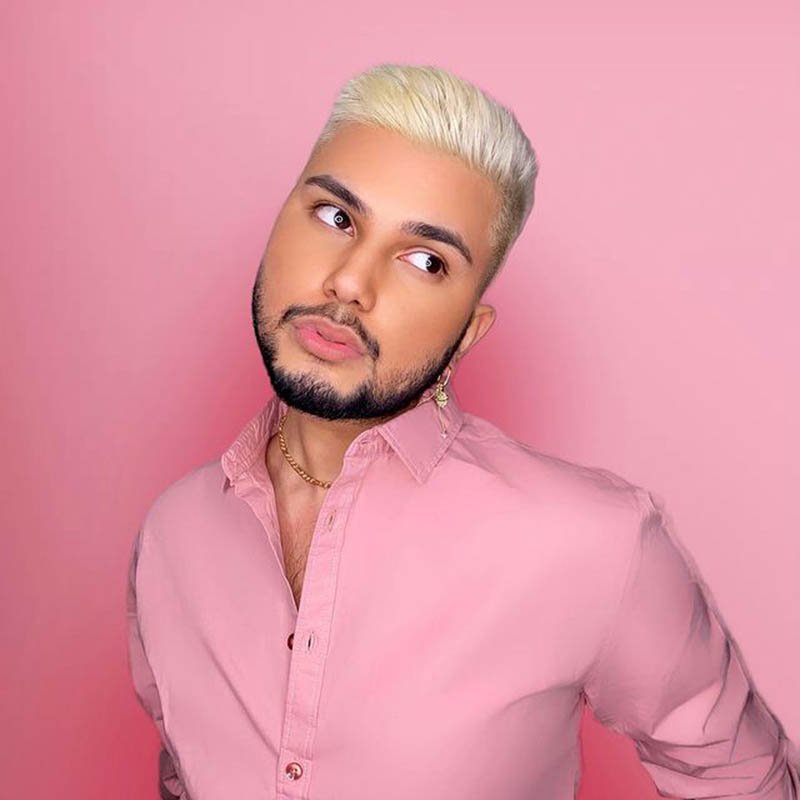 Tell us about 2016 Gur?
I feel like I am opening Pandora’s box with this question. I do not know who that was, but I always feel bad for him. He was robbed of all the opportunities and experiences he deserved, because he felt like he needed to hide that part of him. He was ashamed and close minded because he did not know how else to live his life without doubt. Every time I think about 2016 Gur, I am always reminded that I must be that person for other brown individuals that was not there for me. To the young and lost brown individuals who think that they are not enough, I need to be that voice that says that everything will be okay.

What advice would you give to young South-Asians confused about their sexuality?
The internet is your friend. It gives you a chance to connect with other individuals in the world that have gone through the same thing as you, which may or may not be accessible in most areas where pre-dominantly the South Asian community resides. Having said that, it comes from a place of privilege. A lot of people do not have access to the internet and are shut out from the outside world. Therefore, we as a community need to infiltrate these places and be the stepping stone and voice for the LGBTQ+ community. One last thing, your safety is your number one priority. Be always alert and vigilant.

How would a young South-Asian tell their South-Asian parents?
There really is not just one answer to this question. It all depends on the environment you are in. I personally thought my experience would have been great, but it was the opposite. I thought my mother’s love for me would have trumped her views on homosexuality, but unfortunately, I was quite ahead of myself. One thing that I will say is that time, education, and open conversation can possibly create a space of compassion as we also need to understand that our parents are very new to this and do not understand what it fundamentally means to be part of the LGBTQ+ community.

How has your journey impacted your mental health? Do you feel the South-Asian community is open to conversations on mental health and sexuality?
I disregarded my mental health for the first 20 years of my life and internalised all the hurt that came with being gay. That in turn made me a very angry and mean-spirited person. (Trigger warning: talks about mental health issues that can be triggering). I have struggled with anxiety, depression, eating disorders, and self-harm in the past and continue to do so. I was ridiculed for being too feminine that I binge ate to be built more like what society expects men to be like, but then was constantly being told I was going to be obese and have “big breasts like girls do” which in turn made me starve myself. The anxiety and depression came after I came out as a young adult from all the trauma I had experienced growing up.

The South-Asian community has just started to have conversations surrounding mental health and sexuality. I personally have been lucky to be surrounded by individuals that have created opportunities and a safe space for these conversations to be had. That is something that we collectively need to extend to our community members in India who face far worse adversities and discrimination that we here in North America can avoid and find safety from within our support groups. 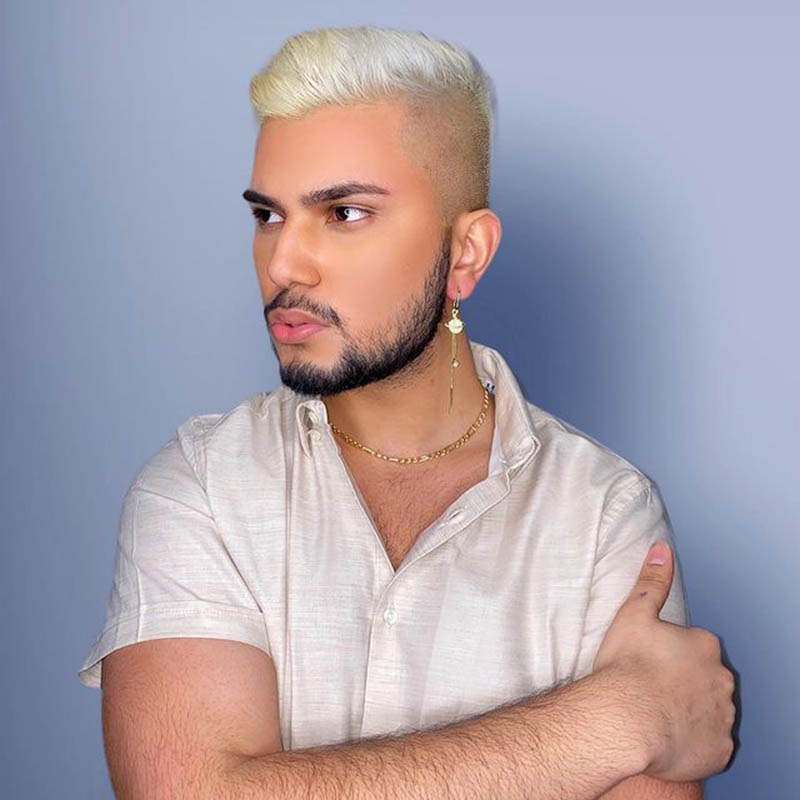 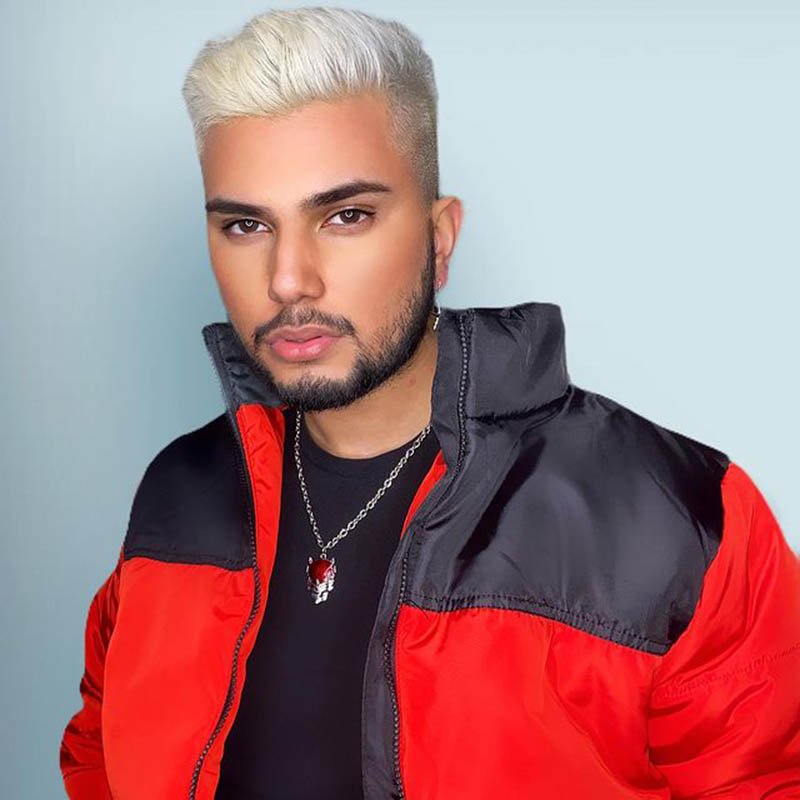 What change would you like to see in the South-Asian community?
I would like to encourage the government to move with supreme court rulings that protect the members of the LGBTQ+ community from any form of discrimination based of their sexuality or gender identity.

Another strong entity that could help spread awareness about our community is the Bollywood and media industry. They need to start depicting members of the LGBTQ+ community in their true form for acting roles instead of making fun of them.

They need to cast performers that belong to the community to infiltrate these spaces with more queer individuals. The media should have members of the community come as a spokesperson to speak up for queer voices instead of attacking them on a constant. Any thing involving a queer person having a platform to speak up and spark a conversation will do wonders for the equality movement that we are all fighting for.

We love how you mix desi outfits/jewellery/makeup together and create absolute magic, how did you get into makeup?
I still have a lot to learn and there are more talented artists on Instagram that deserve this recognition such as @_humzer, @thekillermonsta, and @zaddyza1n to name a few of them. I first started experimenting with makeup in the beginning of quarantine and gradually got better at it the more I practiced. Mixing my desi identity with it came after a conversation that was had within my friend group in a Caucasian space where it was addressed that having a preference was justifiable and not racist. It made me realise how there is still so much progress that needs to be made within the LGBTQ+ community regarding racism, and that staying silent was being compliant with being against progressive change.

Why is it important for you to express your culture?
I want it known that I am proud of my South-Asian identity, regardless of anyone else’s view of my worth. Because if I believe that I am worth it, what they believe ceases to matter. It is also important to carry your culture proudly with your chest because it symbolises hope for those that are not as fortunate to speak up and address important issues without sacrificing their safety and well-being.

You use your platform to spread inspiration and courage to others, why do you feel that is an important goal?
I use my platform to spread inspiration and courage because I care what happens to my people and I can empathise with their pain and suffering. I would never want anyone to feel like they must sacrifice their authenticity just because people do not believe in them being their true self. It is mentally exhausting having to deal with our own struggles and the inside voices that tell us we are not good enough, but to have external voices validate those concerns can be detrimental. I will not rest until all queer individuals that I can reach understand that they are not in the wrong. They are beautiful just the way they are.

Gur closes with a message to anyone going through the same.
“To all my brown queer siblings that are struggling with their gender and sexuality right now, kindly please stay strong. The world has so much to offer you, and you are deserving of every opportunity and experience that is destined for you. Till then, find the courage and confidence to be who you are at your own pace. Your safety is what matters the most. We will not back down from this fight, and we will emerge to find our happiness being our true selves. Sending you all love.”

Whilst we learn about the accepting ourselves and finding courage in our identity, we can also spread courage to accept and keep an open mind about others identity.