“I won’t stop singing in Bangla” 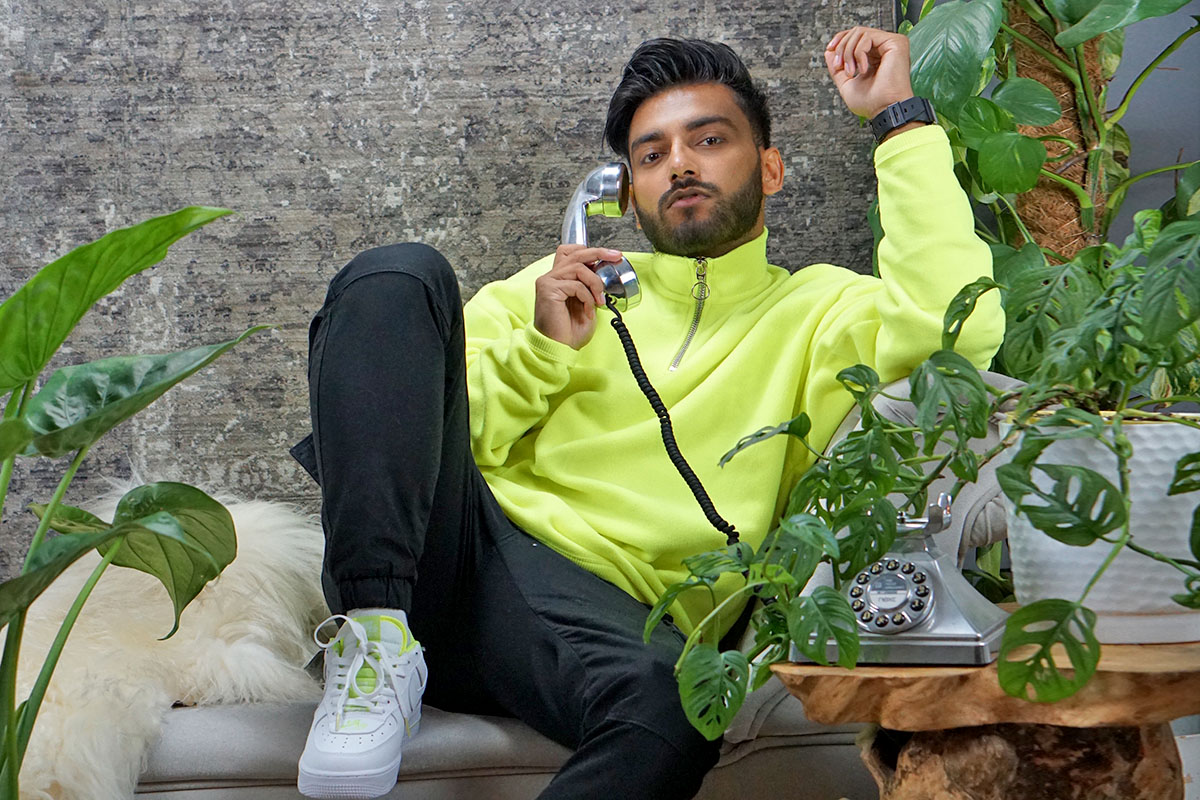 “I won’t stop singing in Bangla”

Mother tongue v mainstream: Should an artist stay true to their roots or change their sound to have a hit record? Meet Nish, the East London singer making music without compromise

Name a British Bangladeshi who has made it into the mainstream music charts. There’s still only a handful from the diaspora. Though artists like Mumzy Stranger and Jernade Miah have ‘made it’ in the British Asian music scene, we’re still waiting for a major success story, a global collaboration, an award, a soundtrack, mainstream recognition on the level of Naughty Boy and beyond.

Why have we yet to see a Bangla singer climb the ranks? Will British music ever welcome lyrics sung in Bangla or will artists have to sell-out on their sound in order to succeed?

Asianatv caught up with Nish, a Brit Bangla singer whose had over 15million views on his YouTube and has no plans to change his sound to fit the mainstream mould.

You’ve been on the scene for five years and achieved great things but don’t you ever feel like you could be bigger if you just followed the trends by making a more mainstream sound?

I’m a music fan. I listen to all kinds of music and believe that you don’t need to understand the language to like a song, so no! My vision from the very beginning was to combine musical styles. I studied for a diploma at The Bhavan Centre for three years learning Bengali and Western classical music and personally I’ve always been a fan of Punjabi music, even though I can’t speak Punjabi or understand it. My recent release Two of Us/Zina mixes Bengali and Arabic and I wouldn’t have it any other way.

You’re best known for modernising ‘Bangla music’ but will this modern sound ever appeal to the masses?

I’m Bangladeshi and like a lot of other young Bengalis at home we heard our parents listen to Bangla music, so we associated it as something that’s for them and not us. But the truth is our diaspora spreads across the globe and there isn’t just one way that our music should sound, as we have so many influences.

I grew up in East London but I’ve also spent time in Bangla neighbourhoods in the USA. Just hanging out in these places, speaking to people, seeing what they’re into, it shows you another side of being Bangla. So in that respect my music may not be reaching all British people but my fans are global, that’s what I’d call The Masses.

“I’m just a boy from East London singing in Bangla and making my own success.”

The UK charts aren’t known for being multi-lingual apart from the odd hit in Spanish, why do you think this is?

In the UK, music is referred to as genres and people get pigeon-holed into them for example an Asian artist will fall into ‘Urban Asian.’ Radio stations normally play genres rather than look at the different sounds so languages get sidelined. But recently there has been some positive things that have elevated artists. When Drake followed Punjabi artist Sidhu Moosewala that was major recognition. Knowing that major mainstream artists like our sound is a massive boost for all Asian artists.

Then I found out Becky G was listening to me in her car and put my track on her Instagram Stories. She didn’t understand the language but she loved the song. For an artist like me, that’s come from where I’m from, that’s a major thing. She likes my music so maybe one day she’ll approach me for a collaboration? 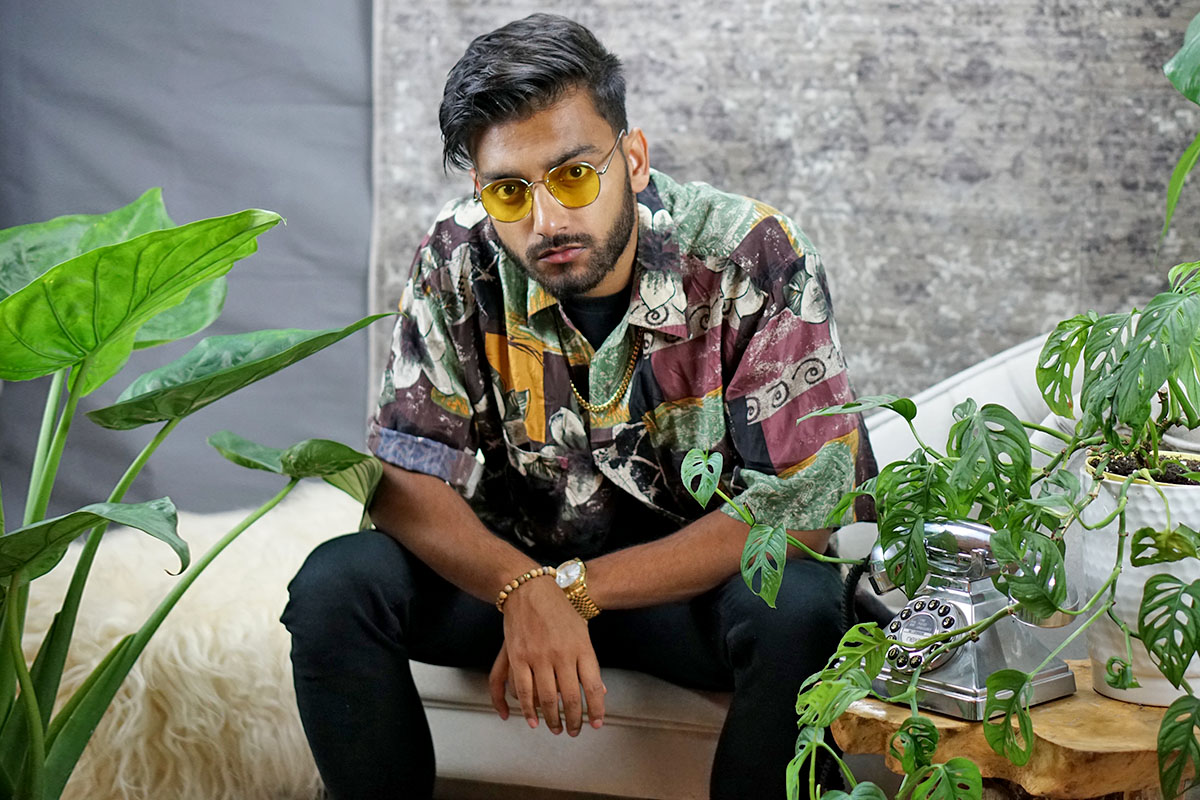 You’ve had 10 million views on YouTube for Standing By You. The music is very filmi, any plans to make Bollywood soundtracks?

Those numbers are overwhelming. I really wasn’t expecting it. A lot of British Asian artists have tried Bollywood, some have failed and some have succeeded. I don’t just sing, I’m a musician and I’m versatile. I can read music and I’m currently looking at creating soundtracks, but not just for Bollywood. I’m working with a label in Bangladesh and also on a project in Kolkata. Again, I prefer to do things global and go beyond what people expect.

A lot of British Asian artists have found success in the US, but we’re still waiting for the Bangladeshis to come through. What’s been your experience?

I really enjoy taking my music to the US and I have a fan base in New York and other cities. But when I go there it’s not just about the networking it’s about getting to know the community better so I can give them what they want, and show them that they can do it too.

When you think about what I’ve achieved in five years, I’m just a boy from East London singing in Bangla and making my own success. I’ve travelled, have international fans, played some amazing live concerts and I’ve done all that by being me, not by trying to imitate someone else. There’s a lot more Bangla artists now then when I started five years ago but when I started I was doing things no one had done before.

Tell us what it was like filming in New York?

I had a lot of fun filming in New York but as an independent artist the budget that I spend on videos comes from me. I work with a team of videographers and I like to give direction and have my own ideas but I also know that there’s always room for improvement. I’m investing more into video like getting better equipment. I really want to up my video game but having said that there’s been videos I’ve hardly spent any money on and they’ve done really well and others that I’ve invested in that haven’t had as many views. You never know what a reaction will be until you put your work out there.

“Things were really building and gaining momentum, and then it suddenly stopped. But we can’t sit here and feel sorry for ourselves.”

Are you missing performing live?

Last year I played at the Boishakhi Mela and it was one of the best shows I’ve done. I also felt really proud to perform at Asian Network Live with an amazing line-up, Newham Under The Stars and the ‘For Natasha’ concert. So things were really building and gaining momentum, and then it suddenly stopped. But we can’t sit here and feel sorry for ourselves. Most artists rely on live bookings as a big part of our income and this time out has made us think about the other things we can do. I’ve been focusing on the business side like distribution so that when this is over I can still continue to do music full time.

For now I’d say to all my friends in the industry, be patient. We’ve already seen things like drive-through cinemas happening with safe protocols. I’ve been active in the community telling people to be safe and vigilant, especially when it was Eid. There’s no rush, when it’s safe to be back we will all be back.

During lockdown you also released a song with Arjun, was that something you’d planned before?

So that song was on my debut album in January 2019 and Arjun was originally going to be on it. As he was going through some personal issues I didn’t want to push him, so instead I recorded it myself. Just before lockdown I was in New York and so was Mickey Singh and Arjun and he actually asked me, what happened to that song? So we recorded it again, this time with him which I turned into a new track.

How will you look back on lockdown in years to come?

It’s actually been the break I never knew I needed. If it hasn’t happened I would have been doing a lot of travelling in the US and Bangladesh but instead I’ve relaxed and spent a lot of valuable time with my family, like helping my mum with her gardening. I’ve also been working on music in my home studio. I’ve got around 38 unreleased songs so it’s been productive and rewarding.

The last five years have been amazing. I’ve gone from being this Bangla kid from East London who’s now working with big producers, I have an international following and as soon as I can, I’ll be back in the US and Bangladesh. I’m a positive person so I’m all about looking ahead to new opportunities and embracing the future. For me that isn’t about changing my music so that ‘mainstream’ accepts me. I won’t stop singing in Bangla for anyone. I’ll continue being a multi-lingual singer, celebrating my mother tongue and showing people that Bangla is cool. Open yourself to the sound not just the lyrics: that’s what music should be about.” 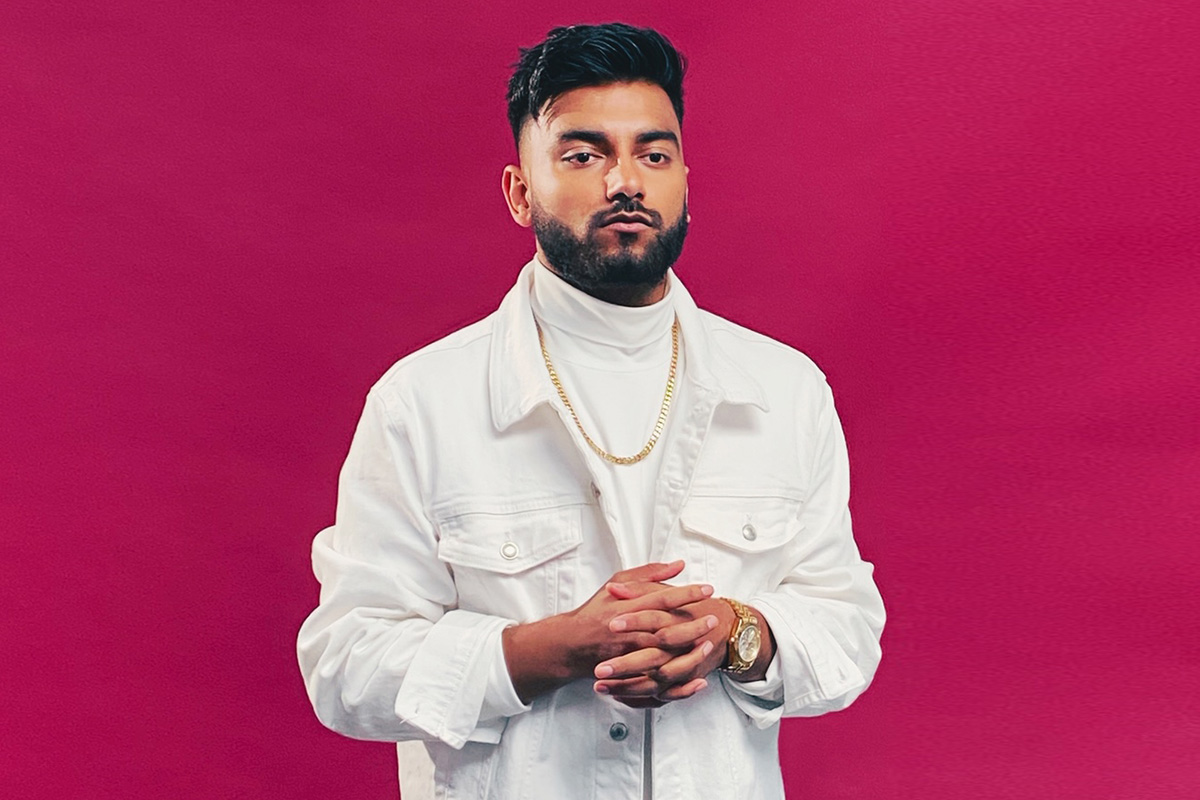 “We can’t sit here and feel sorry for ourselves”