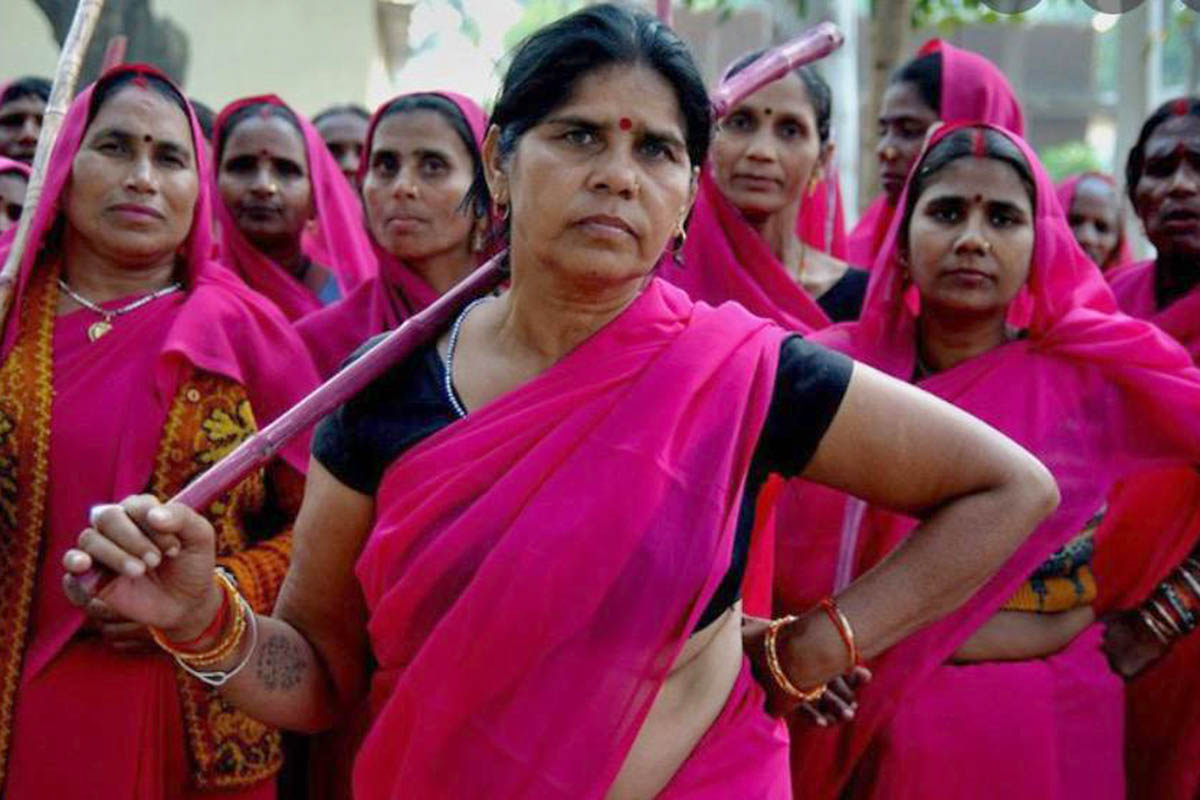 We often hear shocking statistics of gang rape, domestic abuse, and child marriages in India through the media, but they quickly become background noise and turned a blind eye.

The truth is, when the countries police cannot help, no one can.

To tackle women empowerment and take back control and power of the lives of India’s women left abused and discarded: a pink vigilante group rose from the ashes of oppression and injustice.

‘Gulabi Gang’ first appeared in the Banda district of Uttar Pradesh after the increase of widespread domestic abuse and violence against women.

Leading with bamboo sticks and pink sarees, the Gulabi Gang group consists of women between 18 and 60 years and quickly rose to numbers of 400,000 members across 155 miles.

Battling local politics as well as street violence, the women-led group has forged changes to India’s judicial and patriarchal society.

The group has since raised awareness and contributed towards training women in self-defence, stopping child marriages, persuading families to educate their daughters, and encouraging women to become financially independent.

Self-help groups aid unemployed women to help make a living, including jobs in selling vegetables, sewing, or trading other commodities.

The bamboo sticks of the pink army are put to good use.

“We don’t fear anyone because we are trained in fighting with a stick,” founder Sampat Pal explains defiantly. “We feel empowered to fight any crime against women. We don’t fear the police, or any authority, because we fight for the truth. We have hired a legal adviser for fighting within the law in any court of India.”

In 2011, the gang helped a rape victim, raped by members of the legislature find justice. Instead of helping her, the police had her arrested and silenced. The Gulabi Gang members formed mass demonstrations in front of the police station and the legislator’s house.

Pal has said that “Yes, we fight rapists with lathis [large bamboo sticks]. If we find the culprit, we thrash him black and blue, so he dares not attempt to do wrong to any girl or a woman again.”

On why the group has become so popular, a woman would seek membership ” because she has suffered injustice, has been oppressed and does not see any other recourse. All our women can stand up to the men and if need be seek retribution through lathis.”

The need for women to physically fight to stand their ground shows the sad reality of the lack of protection of women rights across the globe, and an unwillingness to make changes from governments and police authorities.

Gulabi Gang :: What We Do 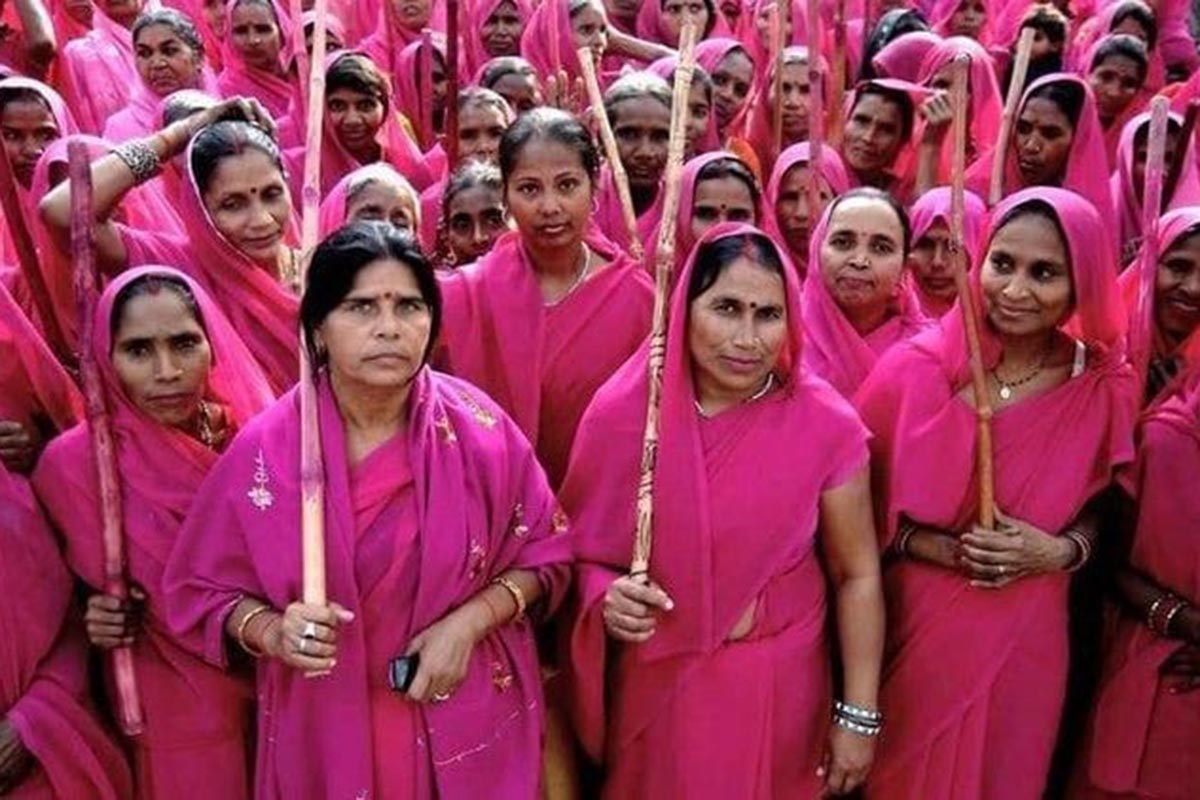