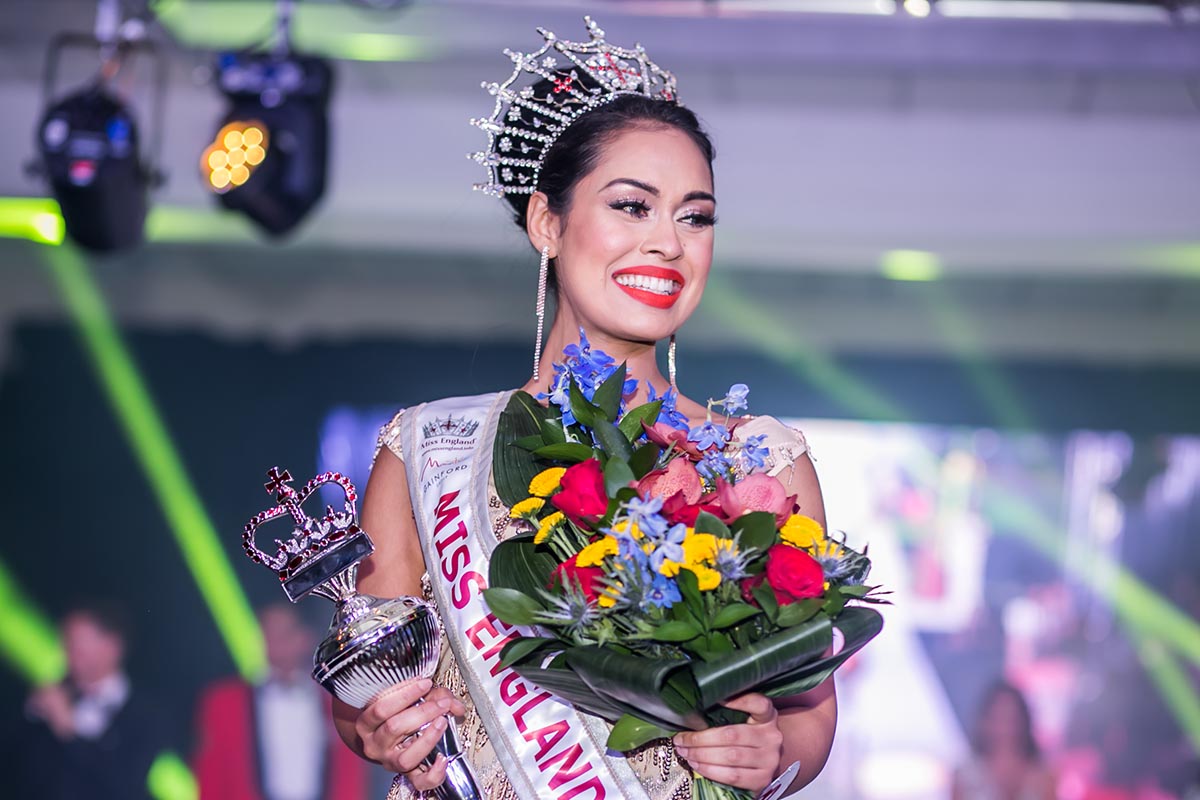 The show must go on! The pandemic may have halted some events, but nothing is going to dampen the spirits of this year’s Miss England. The iconic beauty pageant sees the overall winner go through to represent England at the legendary Miss World contest that has catapulted winners into A’list superstardom. Aishwarya Rai-Bachchan won Miss World in 1994 while Priyanka Chopra Jonas took the title in 2000 and both went on to conquer Bollywood. Other actresses who’ve been contestants in Miss World include Halle Berry, Michelle Yeoh and Amy Jackson. With the stakes so high, the tradition can’t stop.

For 2020 Miss England’s semi-final is going virtual which means you can watch it from the comfort of your own home. They take place this Friday 31st July and one of the judges is the Editor of AsianaTV and Asiana Wedding Magazine Indiya Ahmed.

Ahead of the big day we caught up with Angie Beasley, Director of Miss England to find out what’s in-store for the Virtual Miss England competition.

Angie, what’s it been like changing the format of Miss England from a live experience into one that’s online?
I’ve really enjoyed organising the Virtual heats and Semi-final so far as I like being at home!  We had planned a series of heats around the country which were due to take place March to June at various venues, with the final booked as a live show with 300 guests in Leicester. But in all honesty, moving the whole process and event online has still been a pleasure.

The contestants have enjoyed the challenge of glamming up at home while they were in lockdown, and it’s given them, and me, something to focus on: filming their own videos, entering the different rounds, showing off their talents, creating outfits and raising funds.

How did the contestants apply?
First they applied online and those who were accepted were asked to submit three videos: an introduction about themselves, a talent video and a catwalk. These were recorded on their phones making it accessible and easy for anyone to enter. They were also encouraged to enter the different rounds that best represented them.

They also come from all over England and at the semi-finals, we have contestants from Nottinghamshire, Derbyshire, Middlesex, Leicestershire, Berkshire, Yorkshire, London, Worcestershire, Wiltshire, Cornwall, Devon and Sussex. There are still some counties that aren’t represented such as Manchester, Lincolnshire and further afield so we are hoping to hold a couple of live heats in September to ensure our overall finalists fully present the country.

How will the judging work?
The semi-final takes place Friday 31st July and it will be a mixture of Live and Virtual Judges. We have a live studio with four former Miss World finalists who all know what it takes to be a national titleholder and virtual judges who will be watching and giving their scores and thoughts from their homes, including Asiana’s Editor Indiya Ahmed.

The judging will be transparent, so we will be revealing who voted for who, a bit like Eurovision and you’ll be able to keep an eye on our virtual leader board. 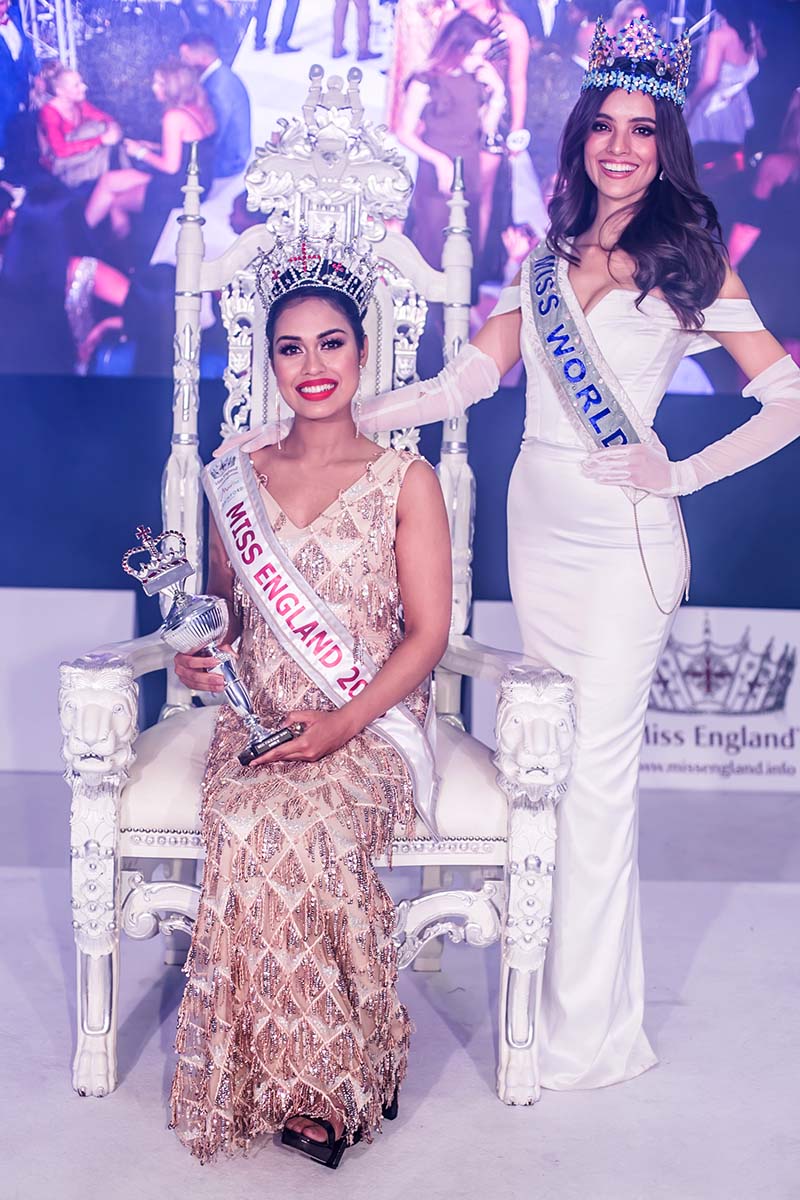 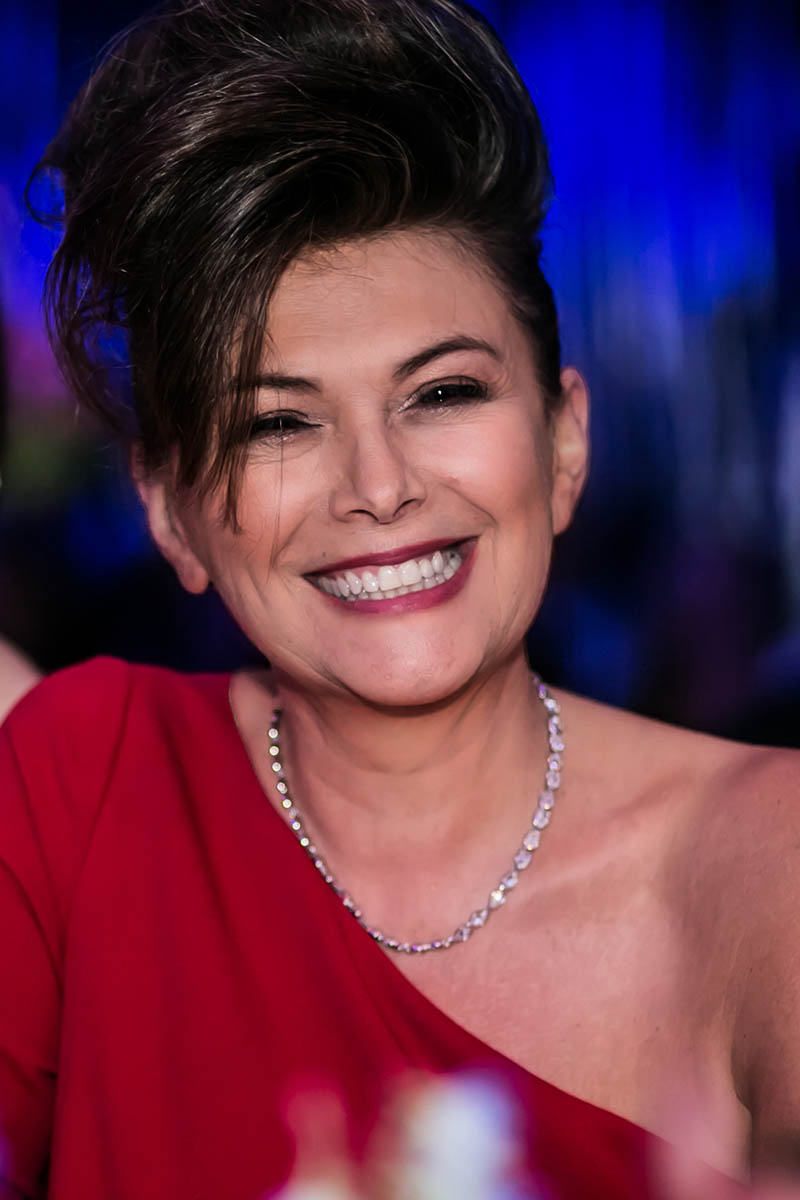 So what can we expect when we tune in to the Miss England semi-final on Friday?
There are 35 girls taking part and all of them will be participating via Zoom. They will introduce themselves to the judges, but the judge’s opinions won’t just be based on how they come across on the evening. They have watched their entry videos and been following them on social media, observing how they conduct themselves and witnessing their fundraising efforts. I think they probably know the girls better than they usually do, as they’ve had more time to follow them, making the online process a better way of selecting the finalists.

The event is Hosted by Jordan Williams, a former Mr England and there will be a host of entertainment, including Miss England 2015 Natasha Hemmings who will be singing for us and the Miss Manchester finalists singing their own charity single. The current Miss England Bhasha Mukherjee is still working as a Doctor and as it will be a year since she won Miss England on 1st August so we have an exclusive interview with her too.

Carina Tyrrell Miss England and Miss UK 2014 is head of our judging panel. Carina is also a Doctor and she has been busy working on a vaccine for Covid-19 and advising the government on healthcare. It will be great to catch up with these inspiring ladies.

You’ll also be able to watch the girl’s entry videos and see their creative skills as we’ll be showing the We Do Ethical Fashion highlights, where they have made their own outfits.

Will the event still be as glamorous online?
Absolutely! Last week we sent every semi-finalist a tiara. The girls will be wearing their tiaras on the Livestream and you can’t get more glamorous than a tiara can you? Plus we’ve teamed up with Hello! Magazine as a media partner for the semi-final. Hello! Have a campaign called #HelloToKindness so I wanted to do my bit to show the contestants win or lose they are all queens.

Last year’s winner Bhasha Mukerjee, famously won the crown of Miss England before starting work as a junior doctor the next day. What do this year’s contestants do outside of being ‘queens’?
This year we have three NHS nurses, a farmer, an accountant, pilot, radio presenter, singer, dancer, tennis champion and a boxer who is also Tyson Fury’s cousin, plus lots of students.

The contestants never cease to amaze me for as well as their ‘day jobs’ they have all worked incredibly hard during lockdown and beyond, raising awareness for our associates who include www.wasupme.com World Against Single-Use Plastic, Plastfree Plastic Free Sanitary Pads www.plastfree.co.uk and www.wedoethical.org.

We also started a #WEARYOURMASK campaign on social media weeks before it became compulsory and they all joined in. To be so positive in these difficult times shows how strong and inspiring these women really are.

They have all been raising funds for the Miss World Charity Beauty with a Purpose and Tree Planting for WeDoEthical as part of the competition. Over the past few months, the contestants have raised thousands of pounds which is a miracle in itself during a pandemic. The judges have a tough job on their hands!

How many girls will make it through to the final of Miss England?
We’re whittling 35 semi-finalists down to 10-15 finalists. That’s because there will be a mixture of category winners and judge’s choices and some of these may be the same girl.

What awaits them in the final?
It’s not just a case of turning up in a swimsuit and looking pretty, it’s going to be a tough competition with 10 rounds and the girls have to work hard to win. They include ‘Bare Face Top Model’ where finalists have to submit a photo of them and post it on their social media without wearing any make-up, ‘TV Presenter’, ‘General Knowledge’ and the ‘Ethical Fashion’ round, a reminder that not everyone can afford to buy expensive/designer clothes to compete in the contest. Here they have to make their own catwalk outfit from recycled materials, or from items they’ve found in charity shops.

There will be a public vote so please do support the girls in helping make their dreams come true by taking part.

I’m still hoping the final will take place in Birmingham in October but if we have to move it due to Covid-19 we hope to hold that early 2021.

When will the winner get to take part in Miss World?
2020 was due to be the 70th Miss World contestant but that’s now been moved to next year. Julia Morely, the CEO of Miss World made the announcement last week that it’s just not possible to hold a Miss World safely in 2020 with the pandemic especially as contestants travel from all over the world. Once the vaccine is found things will resume, until then we all have to stay positive.

Watch Miss England Semi-Final on Friday 31sy July by pay-per-view livestream. It costs £7.99 and kicks off at 7pm. Book at www.missengland.info and keep an eye on Instagram: @missenglandnews. 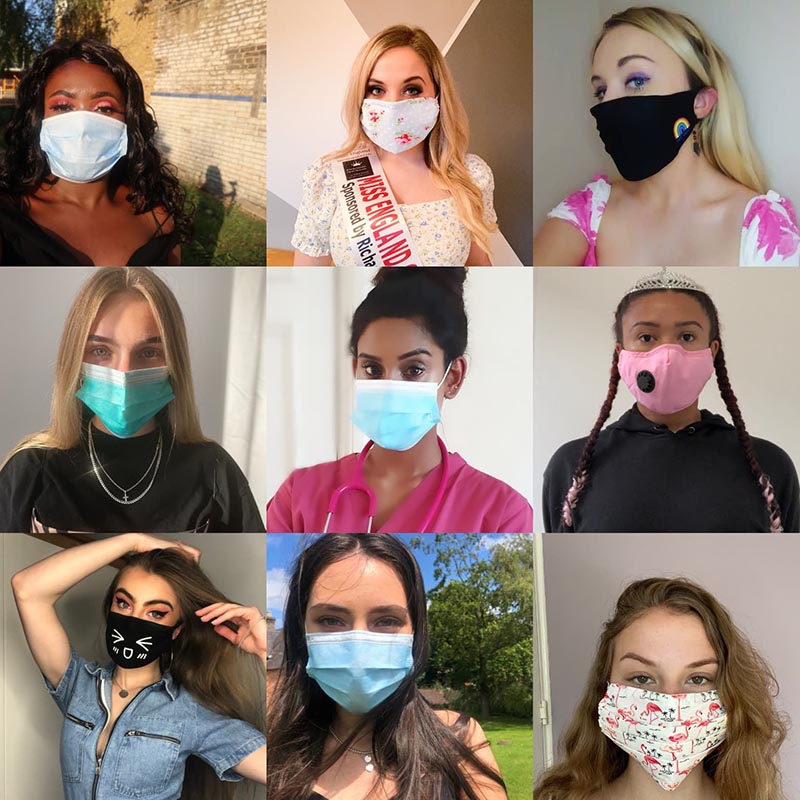 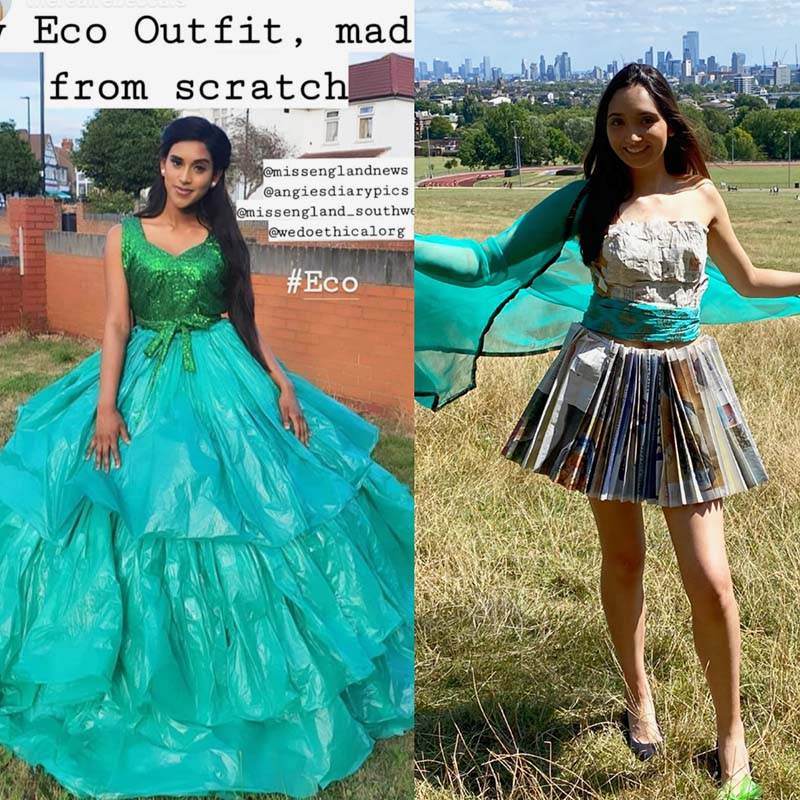 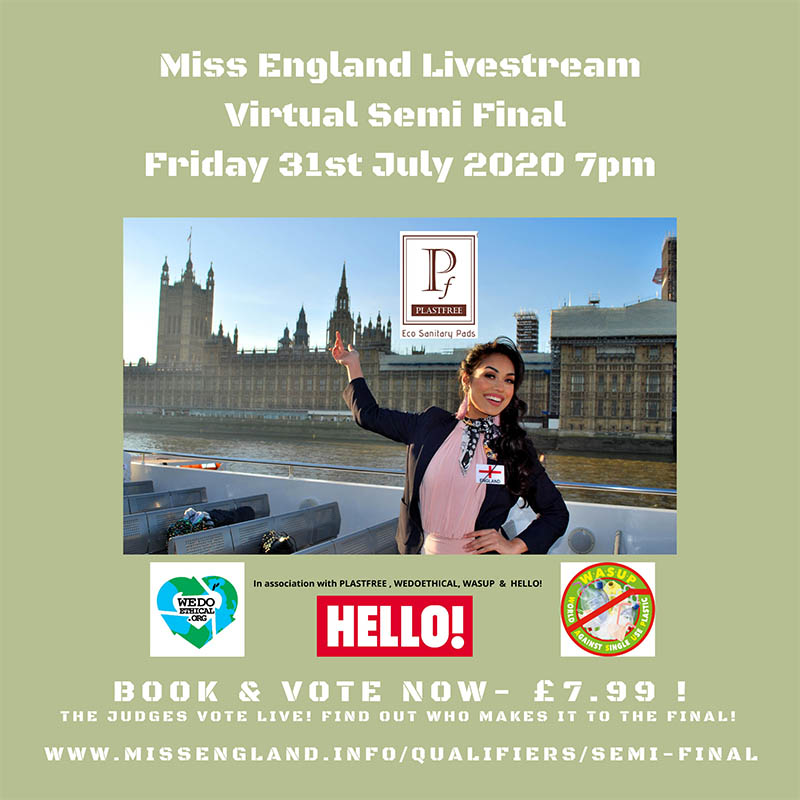