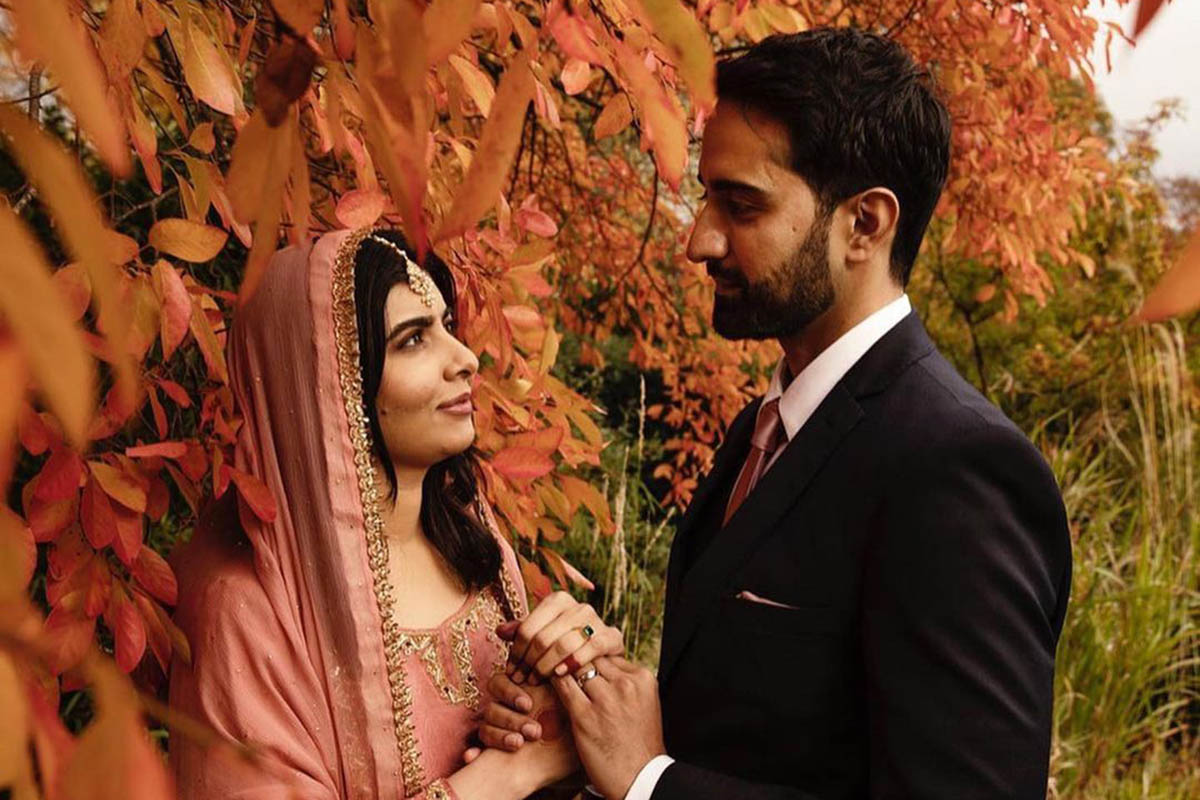 Malala Yousafzai, the youngest ever winner of a Nobel Prize, has surprised her millions of followers by announcing she had got married.

The 24-year-old posted photographs on social media of her wedding to Asser Malik, a cricket coach with the Pakistan national team. 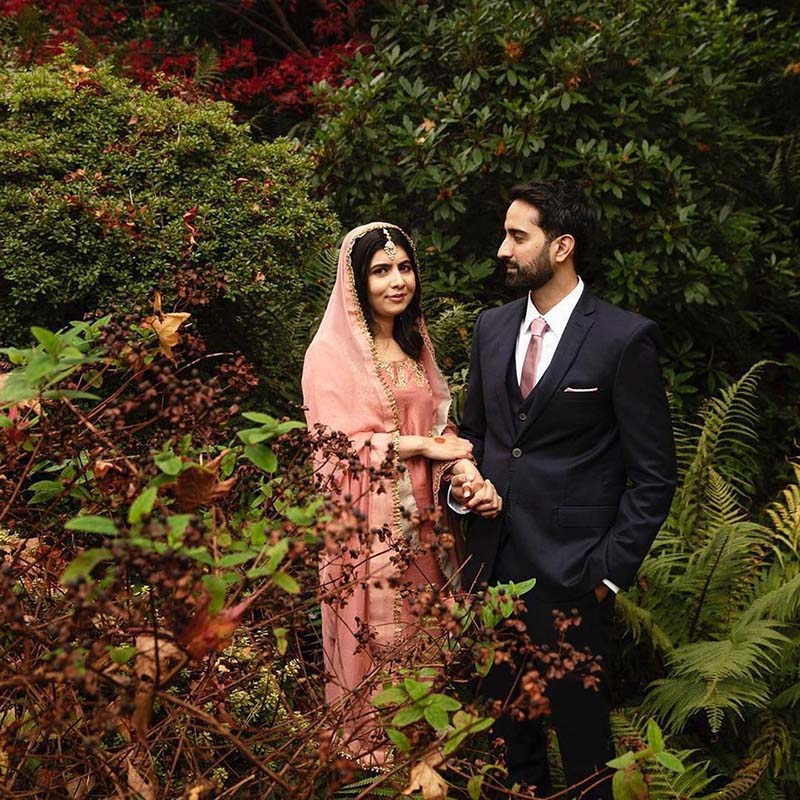 The couple were married at what was described as a “small ceremony” in Birmingham, which she made her home following the assassination attempt that catapulted her into the world’s consciousness.

Nine years after being shot in the head and left for dead by a Taliban gunman, Malala wrote on social media: “Today marks a precious day in my life. Asser and I tied the knot to be partners for life.

“We celebrated a small nikkah ceremony at home in Birmingham with our families. Please send us your prayers. We are excited to walk together for the journey ahead.”

Wedding photographer Malin Fezehai captured the brides stunning images. She stated, “I began following the Malala story nearly a decade ago, after her harrowing defence of women and girls’ education – never mind in my wildest dreams did I think our paths would cross and I would be photographing her wedding!”

Malala grew up in the Swat Valley in Pakistan and had already become a prominent campaigner for girls’ education when she was targeted by the Taliban. She was shot in the head in an attempted assassination as she travelled home from school and in the aftermath airlifted from one Pakistan hospital to another before being flown to Queen Elizabeth Hospital in Birmingham for treatment. The Taliban issued a statement, declaring that if she survived they would target her again. 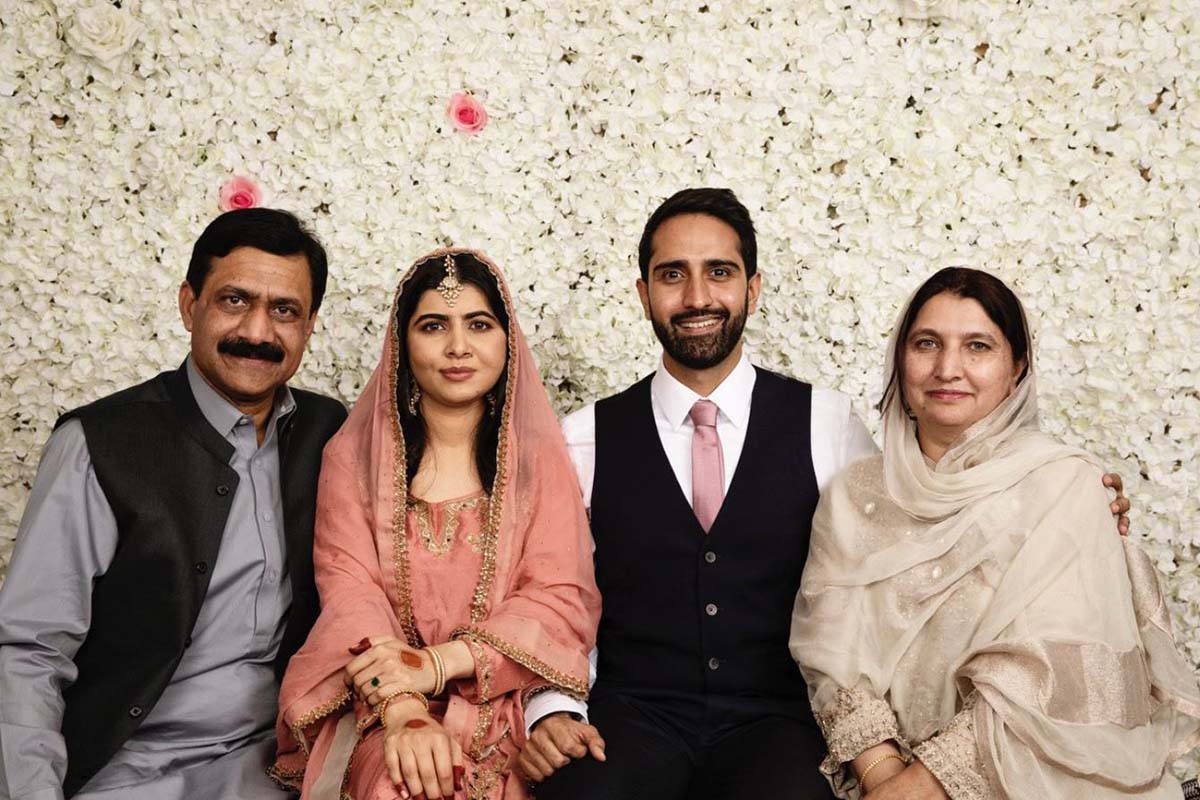 Malala made Birmingham her new home and used it as a base to continue her campaigning. She wrote a best-selling book I Am Malala in 2013 and a year later was awarded the Nobel peace prize. She won a place at the University of Oxford to study Philosophy, Politics and Economics, graduating in 2020.

In a recent interview with Vogue magazine, published in its July edition, Malala had been dismissive of the idea of marriage, later to explain everyone ‘grows.’

“I still don’t understand why people have to get married,” she told the magazine, adding “If you want to have a person in your life, why do you have to sign marriage papers, why can’t it just be a partnership?” 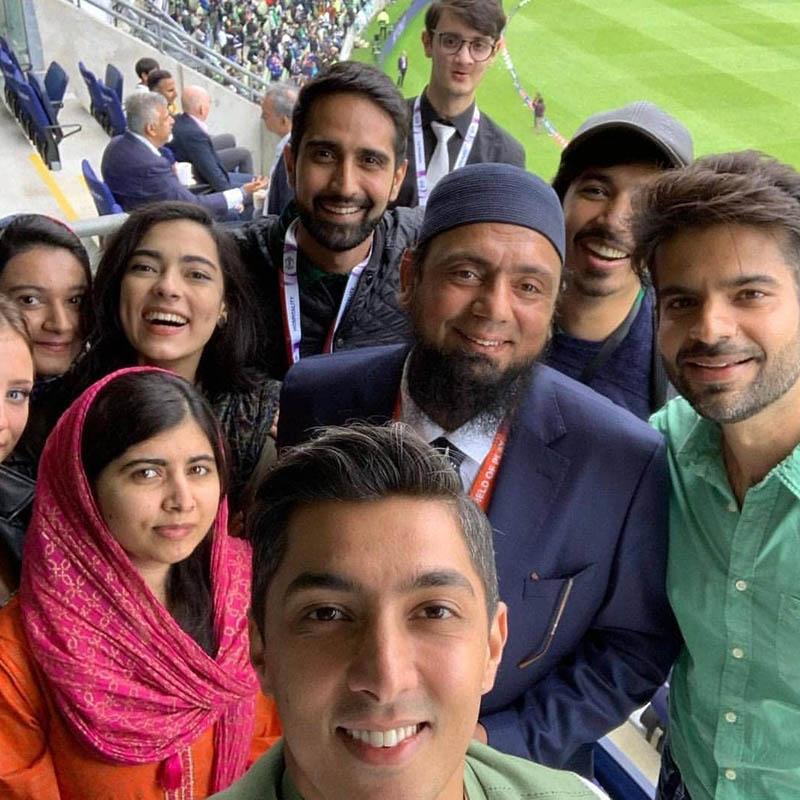 Her husband Asser Malik is a general manager in the high-performance department with the Pakistan Cricket Board. In the run up to the surprise wedding, he has been seemingly preoccupied on Twitter with the progress of the Pakistan cricket team which has reached the semi-finals of the T20 World Cup being played in the United Arab Emirates.

The only clue to his expanding relationship with Malala is when he posted on Twitter in July a birthday message to his bride-to-be which read “Happy Birthday to the most amazing Malala” and with it a photograph of the couple standing side by side.