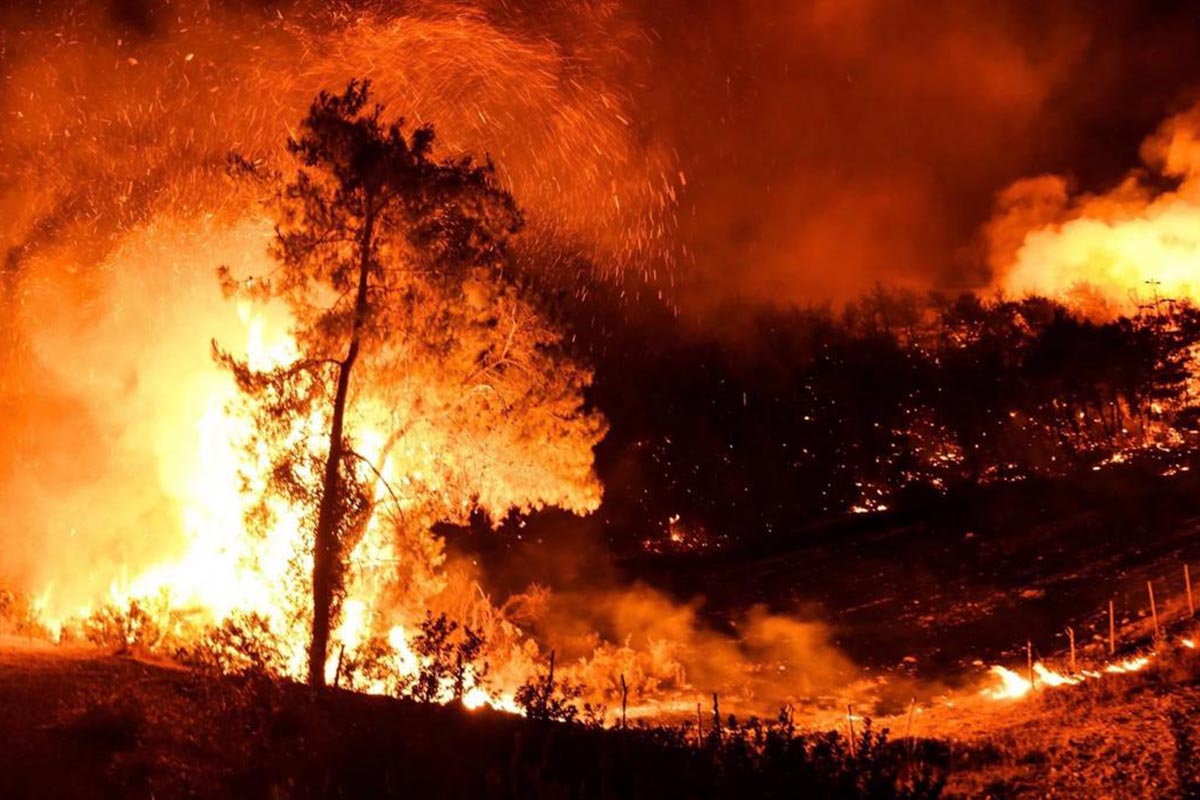 People across Turkey are looking for answers as to how summer wildfires got so desperately out of control, after seven straight days of unusually ferocious fires that continue to blaze throughout the south and west of the country.

Eight people, including two firefighters, have died in the wildfires since last week. Engulfing large parts of Turkey’s Mediterranean coastline, the fires have destroyed huge areas of pine forest and agricultural land.

137 fires in more than 30 provinces have been extinguished, but at least nine are still burning, and more than 10,000 people have yet to return to damaged homes, resorts and hotels after evacuation.

Fears of strong winds, low humidity and scorching temperatures predict the fires are more likely to continue into next week and could become increasingly normal for the region as a consequence of climate change.

A distraught residence in a village near the resort town of Marmaris posted a video clip on Twitter, after losing his home.

“I am begging for five days, dying and begging [for the authorities to help],”

“There was not even one fire engine here. They said they will help when the fire comes near homes. Well, here you go, it came near homes. How on earth can such management, such governance exist?”

The Turkish government’s response to the crisis has been criticised.

“We are living in hell and we’re not sure what to do now,” said Ahmet Aras, the mayor of Bodrum, a coastal tourist spot, in a video posted to social media.

“It is impossible to intervene here from the land … There can only be an aircraft intervention here, but it’s too late now,” he said as thick clouds of smoke blocked out the blue sky behind him.

As the scale of the crisis has become clearer, and public anger has grown, government officials appear to have dropped early claims that the fires were set by children or the militant Kurdistan Workers’ party.

Instead, evidence suggests that almost two decades of AKP government policy have contributed to the unchecked spread of this year’s wildfires, said Erdoğan Atmış, a forestry policy expert.

“Turkey’s forests are not properly protected as ecosystems and instead seen as income-generating land … As of 2020, 6% of all forest land is no longer [classified as] forests, or are allocated for other purposes such as tourism, mining and energy,” he said.

“On top of that, due to the economic crisis, the budget for preventing forest fires has been reduced, and managers at the general directorate of forestry who are actually knowledgeable and experienced when it comes to fighting fires were removed from their jobs and replaced with pro-government people.”

Water-dropping aircraft from Ukraine, Russia, Azerbaijan and Iran have come to Turkey’s aid, and while Ankara initially appeared unwilling to accept assistance from western nations, the EU on Monday deployed soldiers and several planes to help. On Tuesday, after social media pressure, the police force also finally started using water cannons – more often used in the increasingly authoritarian country to break up peaceful protests – to extinguish the fires.

Meanwhile, heroic locals continue to fill everything from household buckets to commercial cement mixers with water to try to fight the fires themselves.

Donate to the Global Recovery Fund – Center for Disaster Philanthropy 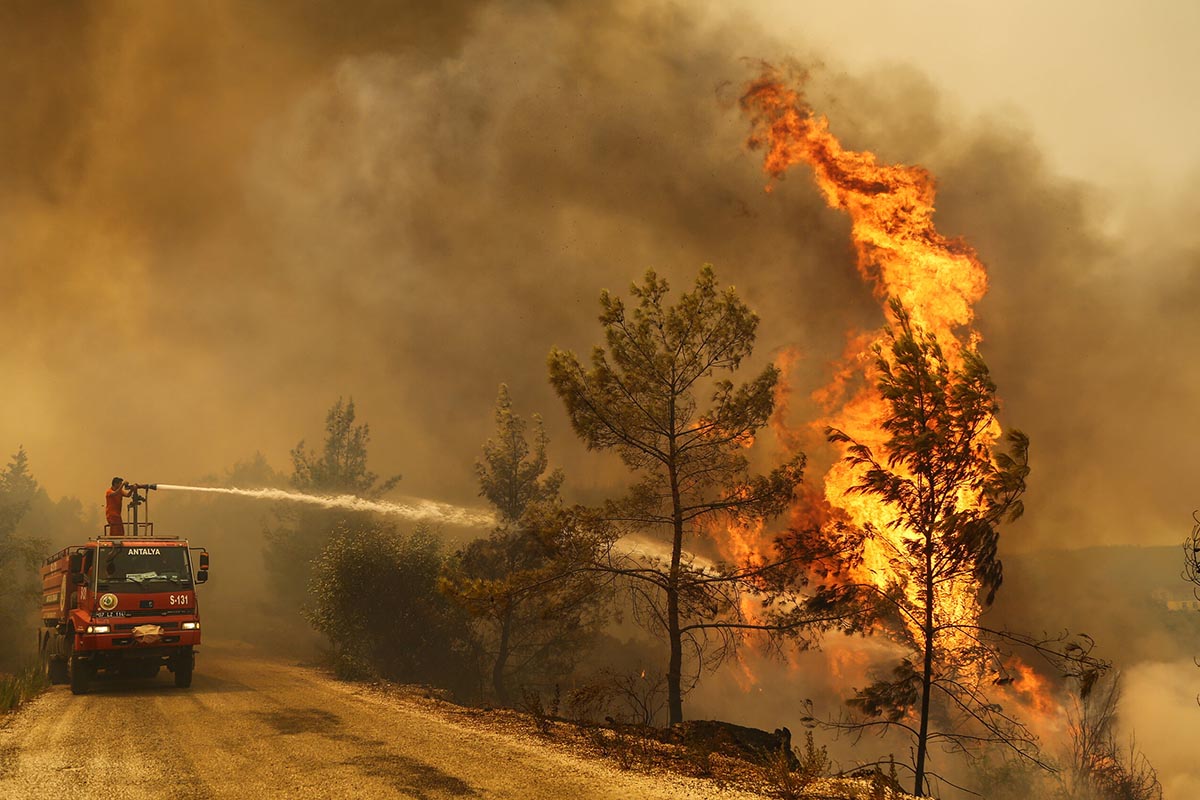 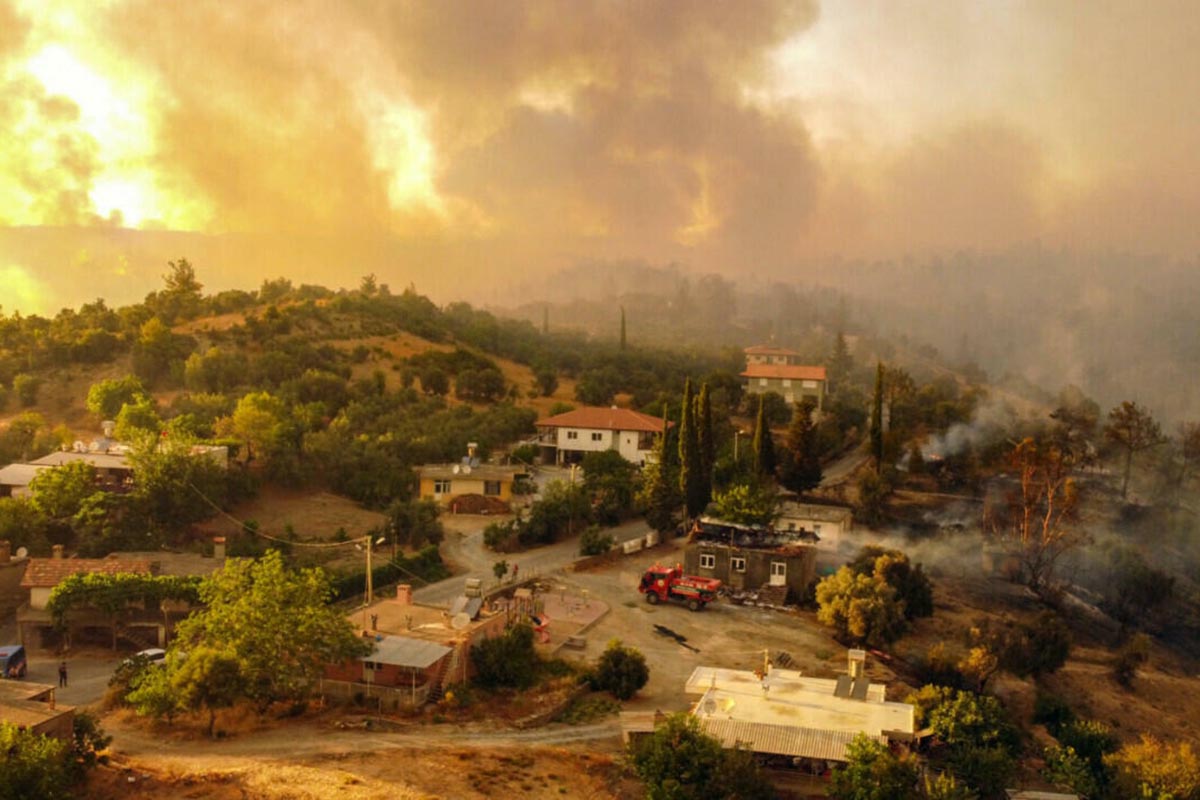